Malcolm Garrett (born 1956) is a British graphic designer who worked with Duran Duran from 1981 to 1986 as part of the Assorted iMaGes design group which he developed in partnership with Kasper de Graaf, participating in almost all of their design decisions, from album and single covers to tour programmes and merchandise including calendars, T-shirts, board games, watches and even a bedspread.

The distinctive sleeves that Garrett designed include their first four albums: the crisp logo and photo on the white cover of Duran Duran, the sharp overlays on the Patrick Nagel painting for Rio, the exotic maps and symbols on Seven and the Ragged Tiger (together with Keith Breeden), and the geometric textures of the album Arena.

He also designed the covers for their associated singles such as "Planet Earth", "Is There Something I Should Know?" and "The Reflex", and for the EP Carnival.

Garrett was an author (with Kasper de Graaf) and designer for the 1982 book Duran Duran: Their Story, and the pair worked together again for the 2005 book Duran Duran Unseen featuring the photography of Paul Edmond. He has also done design for books such as Sing Blue Silver and Arena - The Book, and for the board game Into The Arena.

Malcolm Garrett was born in Northwich, England, and attended St. Ambrose College. He studied typography at the "University of Reading" from 1974 through 1975 and graphic design at Manchester Polytechnic from 1975 through 1978. A fellow student of Garrett's at Manchester Polytechnic was Peter Saville, a graphic designer who would also design prominent record sleeves in the late 1970s and early 1980s including contributions to Duran Duran's "My Own Way". Garrett's first important professional work was design for the punk rock group The Buzzcocks. In 1981 he was commissioned by New Sounds New Styles editor Kasper de Graaf to become the magazine's design director, which he did from the October 1981 "Bauhaus" issue, introducing the postmodern approach to magazine design that was subsequently successfully developed by Neville Brody in The Face.

From 1978 through 1994, Garrett was the design director of the design studio Assorted iMaGes which, developed in partnership with Kasper de Graaf from 1983, became the largest music and popular culture design studio in London, designing brands, packaging, exhibitions, film and TV graphics and publications for clients who, in addition to Duran Duran, included Culture Club and Boy George, Simple Minds, Peter Gabriel, Genesis, Yes, Spandau Ballet, The Smiths, ABC, Michael Clark Company, The Last Resort with Jonathan Ross and Network 7 TV.

In the early 1990s Garrett was increasingly attracted to digital technology and in 1994 Garrett teamed with Alasdair Scott to form AMX Digital (later called AMX studios), an interactive media production company. Garrett left AMX when that company merged with Zinc to form Arnold Interactive in 2001. He then worked at I-mmersion in Toronto, Canada, art directing interactive cinema, but returned to London in 2005 and after five years as creative director at Applied Information Group he established a new creative partnership with Kasper de Graaf called 53K which later merged with Fabric Interface to become Images&Co. Garrett is a Royal Designer for Industry (RDI), and a Visiting Professor at the University of the Arts in London. He is Joint Artistis Director of Design Manchester, Manchester annual festival of design, and of the London-based cultural organisation 2NQ.

A selection of Malcolm Garrett's work[] 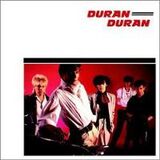 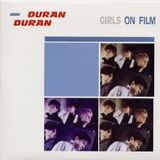 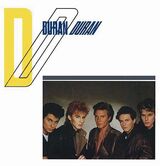 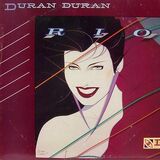 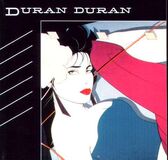 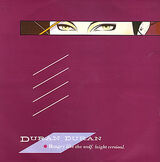 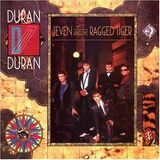 Cover for 1984 Seven and the Ragged Tiger album 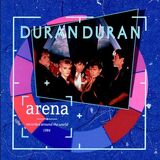